This is my first post, although I’ve been lurking here for a while.

I’ve made a quick unboxing and bootup video of the HiFive Unmatched. (I had literally just received it, and was doing the first look completely blind - I’ve pinned a comment with some corrections in)

I’ll be uploading another video later this week about installing and using Ubuntu, for which I will give a review, a more in depth look at what can run - and what does run well (as well as the reasons behind why some things don’t run as well as people might expect), and cover some things that I’ve missed off the first video.

If you’ve got any comments/suggestions (or corrections!) on things I could include/test in future videos, then please let me know. 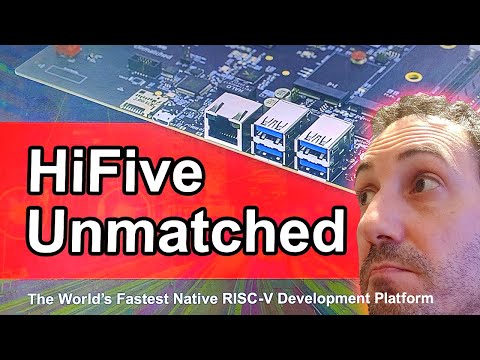 Awesome video. Hope you install a distro on an NVMe drive to see how much faster/smoother the desktop/browser is.

Thank you. I will be doing NVME tests, various application tests, a few benchmarks and I have a few other things planned. So there’s going to be at least 3 videos over the next few weeks - Unfortunately I only have time to do them at the weekends.