Hi can I bundle this on whole or in part with my commercial product: 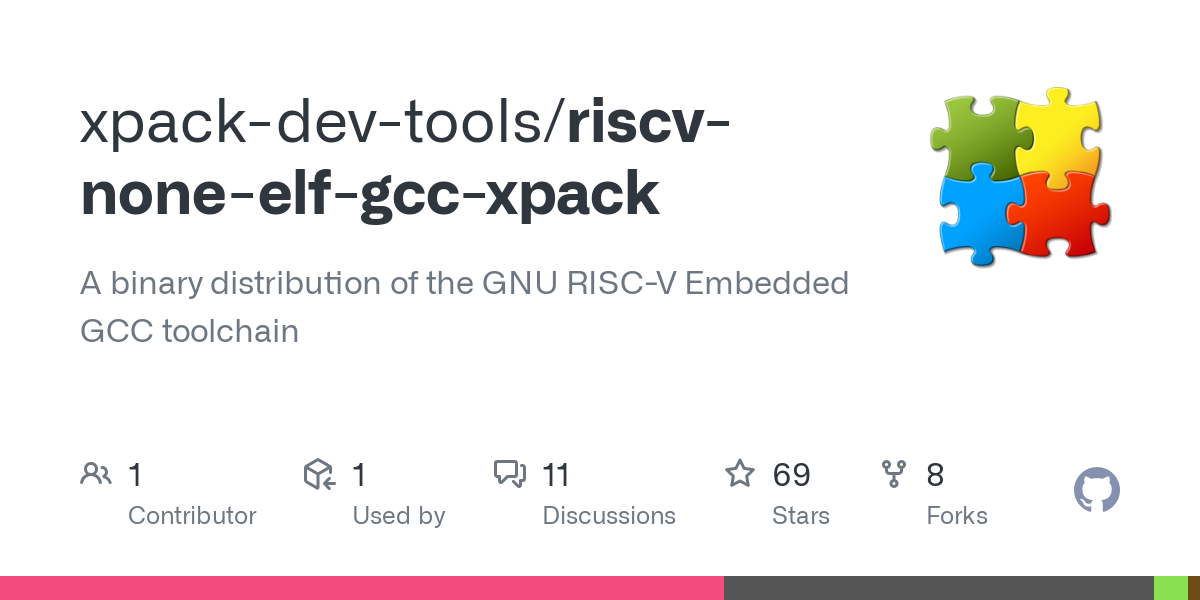 Or is anything else needed to compile?

Edit: It says “riscv-none-elf-gcc.exe: fatal error: cannot execute ‘cc1’: CreateProcess: No such file or directory” Is there a way to get all the files needed to compile in a zip?

I tried placing cc1.exe from my MSYS2 install in the folder but no cigarr… I have to run this exe from inside the MSYS2 shell?

Or is anything else needed to compile?

Yes, the whole folder structure is needed, as distributed.

Any way to make that smaller?

Ok I think I can make it smaller then…

Damn you need riscv-none-elf (1.5GB! Edit so this has 30MB for every permutation of possible RISC-V extensions… hm then I can make it smaller when I know what extensions I will support)

Edit: can somebody explain the 32 vs. 64 bit stuff here I’m a bit confused…

It worked but warned that no _start was found…

Now I just need to compile my own RISC-V VM!

Edit2: My bin\riscv-none-elf-objcopy.exe output is very different from the one in the example… probably because of the 32-bit thing…

can somebody explain the 32 vs. 64 bit stuff here I’m a bit confused…

Any RISC-V toolchain (e.g. tool names prefixed with riscv32... or riscv64...) can generate code for both RV32 and RV64 and all ratified/implemented extensions. When the toolchain is configured and built a default arch/abi is specified. Usually this is rv32gc/ilp32d or rv64gc/lp64d. Where toolchain startup code (crt0) and/or system/standard libraries are used these need to be available at link time. For this reason a toolchain that by default supports, say, rv64gc/lp64d may be configured and built to bundle additional multilibs so that linking with crt0/libs works for arch/abis other than the defaults. The set of multilibs built and bundled is determined at toolchain configuration/built time. As far as I recall, @ilg builds a larger set than gets built using the default GCC sources and --enable-multilib. If a toolchain is required for only a specific arch/abi or some specific set of arch/abis then that can be achieved easily enough.

If that doesn’t address your question then please clarify it.

I’m just compiling a test.c file and the result is not the same after applying the objcopy:

Is riscv-none-elf-gcc.exe hardcoded to 32-bit?

Here are the bin files… the one with the underscore is the 32-bit one and it’s almost half of the size so makes sense I just don’t know what differs?

Is there a header to these .bin files?

How do I tell the riscv-none-elf-gcc.exe to make 64-bit stuff?

Pass -march and -mabi to GCC when compiling C to assembly, not just when assembling to an object file; not only is that needed to get the right generated code (think about how void *, size_t, etc vary), the assembly file also includes a .attribute arch directive to specify the ISA it is for, which overrides -march when you come to assemble it (but not -mabi), and so you get the error you see.

ok, that worked just had to add the m extension (-march=rv64im), thanks alot!