After seeing the posts here about the noisy stock fan that comes with the Umatched, I wanted to share two paths that I’ve had success with.

WINSINN produces fans are suitable replacements, I can confirm that they are quieter and effective.

I’ve just moved my Unmatched to the passively cooled DB1 case from Streacom. I used the GPU cooling kit for the DB4, and an extra copper cpu block that I had left over from the DB4 LH4 CPU Cooling expansion kit to reach and place enough tension on the Unmatched to hold it in place in the DB1 case.

In a room that is 72F ambient, the Unmatched idles under 56C, well below the thermal shutdown mark at 85C.

That’s interesting!
Could you add a picture of the cooler setup?

I see the UnMatched as a developer board and to me they completely missed the mark on customer expectations for this. What developer wants a jet engine next to them while they develop and on the board?

Will do as soon as I can

I imagine that they are aiming at a more hands-on DIY type of developer, rather than the Apple crowd.

if you want to pioneer more, there is a new technology that is quieter(in fact silent) and smaller(for your form factor). 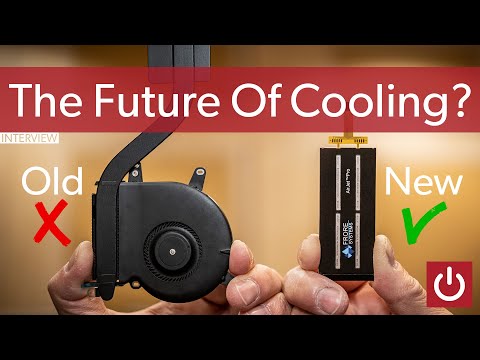 The fan (noise) is definitely the worst/weakest part of the Unmatched and the main reason i’m not using it as much as i’d like.
The Streacom case looks nice, but i’d rather replace the fan with something less noisy

Not the fanciest fan, but since I have an open case I removed the CPU cooler fan and placed a small desktop fan to blow on the cooling fins instead. Temperature measurements for my application were slightly lower than with the CPU cooler fan.

I don’t know why CPU manufacturers put noisy fans like this on eval boards. I’ve had an Intel board that was worse than the Unmatched - everyone knew when I was working on it.

That’s a nice idea. My Unmatched is on a BC1 Mini – Open Benchtable – Streacom which allows me to place a fan right next to the GPIO header which could be a big, slow running (and quiet) fan. What are the specs of the fan you’re using?

As for the reason for the noisy fans, the only reason i can think of is costs. At the price of an Unmatched i would expect a few extra dollars/euro’s for a decent fan should be possible.

Question is will they make the same mistake with the new board recently announced? Probably.

I think the main issue here is it’s been extremely hard if at all possible to actually find a quiet fan of this size. Perhaps the technology is challenging to make such small fans that do not produce extra noise beyond the sound of the airflow itself at the price the general public is willing to pay. Reliability has been another issue.