Are we going to see a RISC-V based SBC RPI-replacement in 2018?

So I am not really sure if this was asked before, I am very excited about RISV-C and already purchased and tinkered with the HiFive1 board.

But what I really looking forward to is a RaspberryPI3 alternative. Something with more RAM (2GB at least), Gigabit Ethernet, USB3, WiFi, Bluetooth…etc in a reasonable price range and fantastic performance. This might be too much to ask for at this point, but I bet a lot of folks are going to jump ship to get a RISC-V board once it is released.

Over the years there has been several attempts at a “Raspberry PI” killer but from my own experience, all off them never attained the quality (hardware and software wise) that the RPI3 has continually improved over the years.

I hope this board is already on the radar and looking forward to seeing it in 2018, even if it is just a beta-test board!

The U500 chip that is upcoming looks to be a bit lofty compared to the SoCs used in the RPis, even the 3, but it looks like the board is coming.

and the direct link to those slides as well:

And yeah, I’m looking forward to this too, and I’d love to understand more of what they plan for that FPGA on the HiFive Unleashed as well. I’d love some pricing too, since it seems like a desktop ready system to me. But Q1 2018 is pretty much anytime now, so I’m hoping to hear more about it imminently.

As I’m sure you already know, the HiFive Unleashed was announced and demoed at FOSDEM on February 3rd. 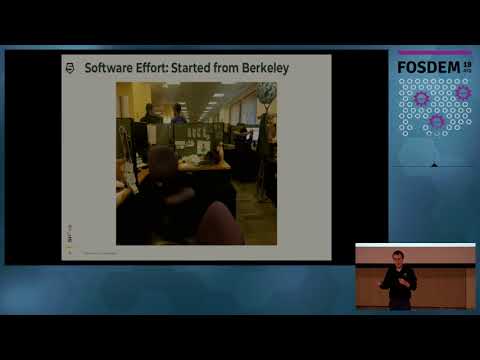 And it’s for sale at crowdsupply, with 97 ordered as at this moment… 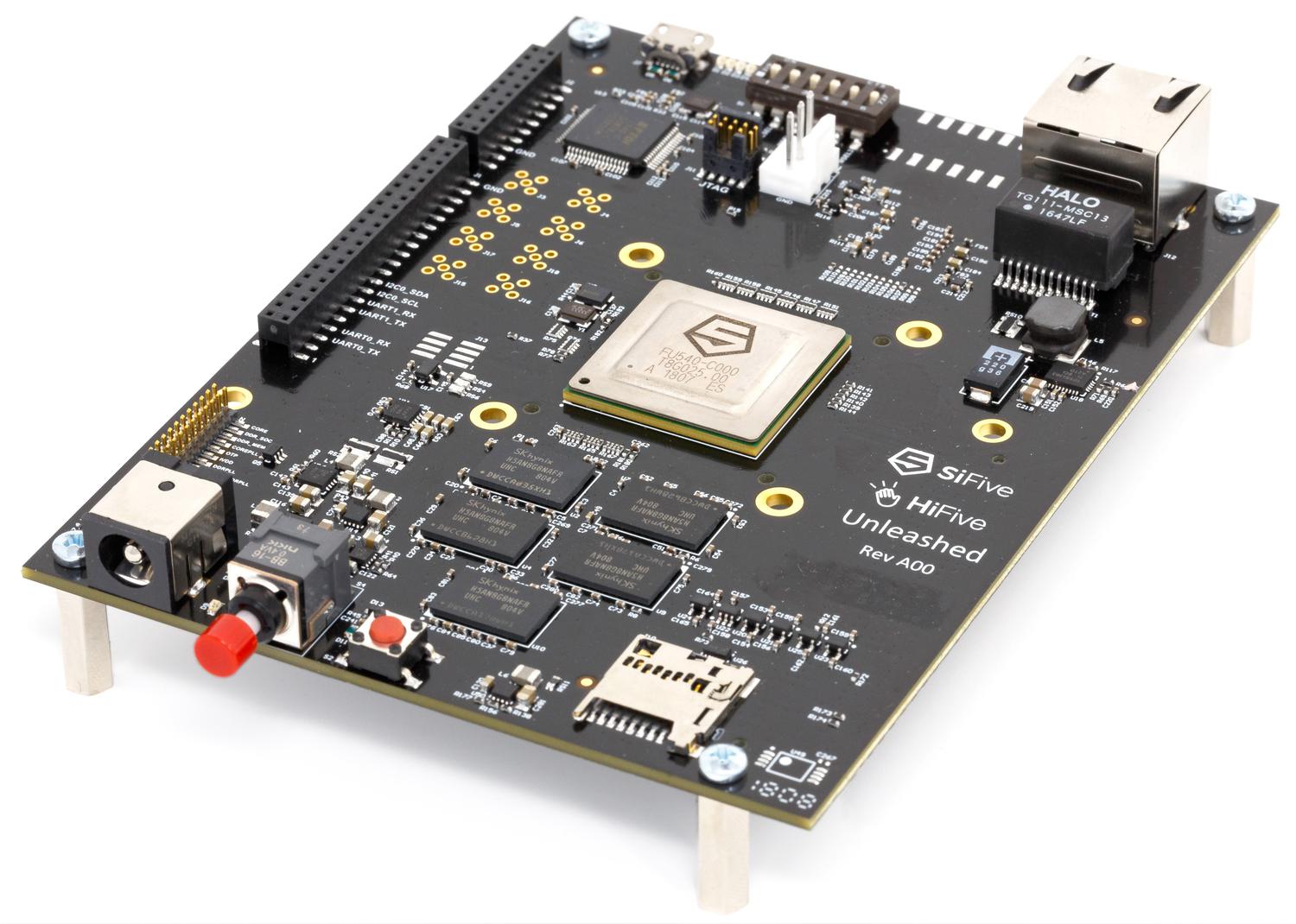 That’s a pretty high end board, with current price 30x the Raspberry Pi so it’s not for the mass market just yet. Heck, 8 GB of ECC DDR4 for a PC retails for three or four times what a Raspberry Pi does all by itself

On the other hand, if you’re a developer planning to put a couple of months work into developing some software for RISC-V Linux then $1k for the board is fairly trivial compared to the value of your time you’re going to invest.

Honestly, I think it’s going to be quite a while before we see something cost competitive with the Pi. Sure, you can produce a board with a RISC-V core and all the trimmings, but the Pi was built on the back of sunk costs which had already gone into mass-producing, and supporting, ARM SoCs for mobile phones for roughly a decade.

I’m almost certain something Pi-like with a RISC-V core will emerge, and probably sooner rather than later, but I don’t think it’s going to arrive until there have been a few large projects by some large industrial players. The Western Digital announcement was exciting for this reason, even though I don’t have any particular interest in storage devices, because they’re helping lower the price of admission for everybody (as are SiFive, of course!).

The original Pi was based on an SoC so obsolete and amortised that it didn’t even have Thumb2! Its ARM11J6JZF-S core was released around 2004. I’m sure they got them very cheap.

The Pi2 and especially Pi3 (Cortex A53) are more modern, but still cut cost corners severely – the Pi3 is in practice maybe half the speed of the A53 based (and only $5 more) Odroid C2 that on paper has a clock speed only 25% faster.

The fastest roughly Pi-priced ARM board is the Odroid XU-4, which goes for as low as $62.50 on Amazon (but includes the needed beefy 4A power supply). That has a quad 2.0 GHz Cortex A15 out-of-order superscalar processor (plus four smaller A7 cores) in a Samsung Exynos5422. That’s the same SoC as the (non-US) Galaxy S5 which was released in early 2014 and would have sold a few tens of millions of units.

Interestingly, the S5 reportedly sold about 40% fewer units than the S4, so it might just be possible that Samsung overproduced components and has a warehouse of Exynos5422’s somewhere, going cheap.

I agree that it’s not realistic to expect anyone to sell Raspberry Pi class RISC-V boards for Raspberry Pi prices in the near future, at least not at a profit. Don’t forget that Raspberry Pi is a non-profit.

It is, however, very possible that RISC-V boards might be sold at basically any price you could name as a loss leader to encourage the ecosystem. If you’re only going to sell 100 or 1000 boards then it’s irrelevant to a company such as SiFive whether the price is $1, $100, or $1000 – it’s not a profit-making exercise, in isolation. I’d think the pricing is more about matching demand to production.

Disclaimer: I currently work for Samsung and used S5 (and Nexus 5!) to prototype OS changes for the S6 and S7, but I’ve been away from phones for a couple of years working on Tizen stuff (using Odroids and Pis) and more recently working on a GPU compiler.

As a mere HiFive1 customer (and money already paid for a Hifive Unleashed - Early Access!) I have no inside information and so any speculation about SiFive internals or future plans is, up to now, exactly that.

I’d think the pricing is more about matching demand to production.

The expense of the Unleashed board also helps ensure the boards go to the parties who will get the most out of them. I’d love to have an Unleashed board but, if I’m honest, it’s going to produce far less value to the community in my hands than in the hands of, say, a Linux distro maintainer or somebody responsible for the gritty behind-the-scenes work of toolchain maintenance. For such people it’d be generally be part of an operating budget rather than out of their own pocket.

Its ARM11J6JZF-S core was released around 2004. I’m sure they got them very cheap.

I’m sure I’ve heard something to that effect. When Upton recounts the story of the Pi it sounds like it was treated by Broadcom as a bit of a charity project made possible by some throwaway parts. I’m sure the Pi Foundation have a lot more leverage now it’s been such a big success.

Also, Eben Upton is a bird.

Reminds me of an old (mid 90s?) Apple tshirt