If you haven’t already heard, I have created a new board called LoFive based on the FE310 processor. 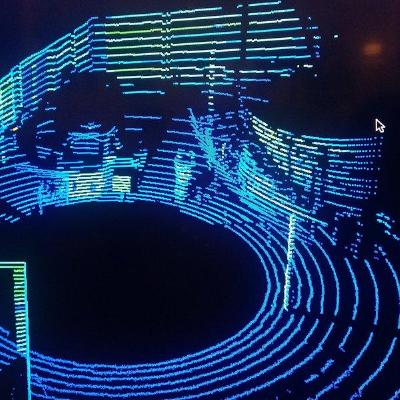 RISC-V microcontroller board based on SiFive FE310. - mwelling/lofive

A group buy was organized on GroupGets for anyone that is looking for a smaller prototyping board.

Yes, and I’m tempted to get several.

I know the specs of the FE310-G000 but I’m afraid many who stumble across it by following a link from social media might not. It really should say there at least that it has 16 KB of RAM otherwise some people are likely to be unhappy later.

People are also going to need a lot of hand-holding on how to get a program into it!

/me waits by my mail box…

Where did you order the FE310 chips? I can’t find them on regular IC stores. May be directly from SiFive? 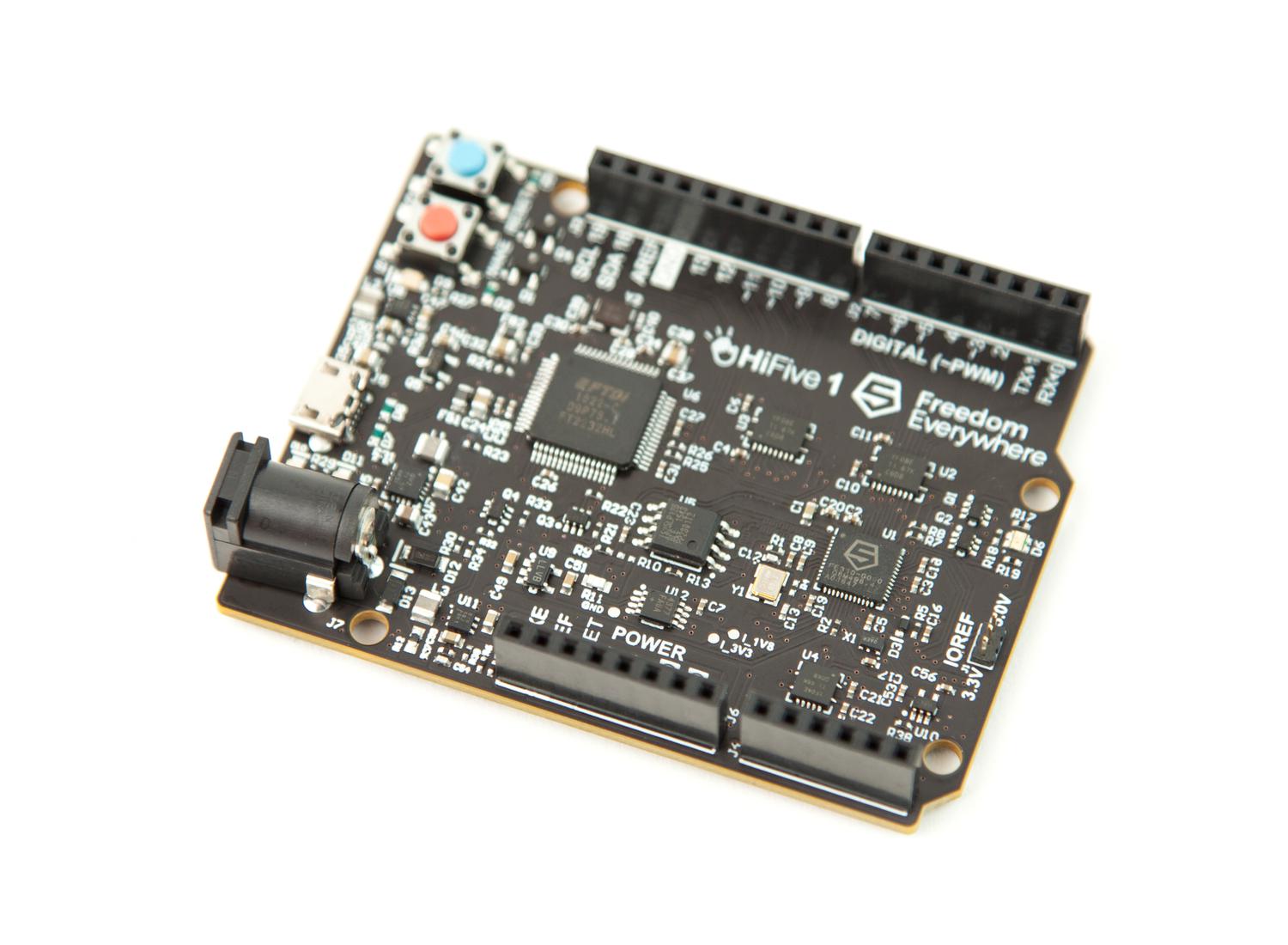 Thanks! I ordered my HiFive1 on July 18th but I don’t remember seeing bare the chips offered at that time. May be it was added later on? Or may be I just don’t remenber correctly

I think the chips were added just this week. Maybe even yesterday.

@m_w so to be clear here … the GroupGets ones come assembled and tested?

Yes they will be assembled and tested.

Well the two through hole headers will not be soldered because that would drive up the cost of assembly.

That’s not a problem. many non-breadboard uses won’t want headers, and it’s trivial to solder 0.1" pitch pins if you do want them. Unlike the SoC itself.

(for those who haven’t done it … stick the headers into holes on a “breadboard”, put the PCB on to them. Solder.)

I think the chips were added just this week. Maybe even yesterday.

Yes, it just went up! A few days sooner than I have expected to be honest

We are going to post updated and improved documentation for the FE310 on sifive.com next week as well.

All of the LoFive from the campaign have shipped.

I would like to thank everyone for the support.

If you missed the campaign and would like a board there a few posted on the Groupget store for purchase.
https://store.groupgets.com/collections/frontpage/products/lofive-risc-v

I have started some basic documentation for getting started with the LoFive here.
https://github.com/mwelling/lofive/wiki

Ive recieved mine 2 days ago and browsing the github and my parts bin to find a compatible jtag programmer. The shipping wasnt cheap sadly, I so hope to find a european store that one day will sell RISC-V ic’s big and small so we all can enjoy the freedom.

Well, Im still in handcuffs for not knowing how to get a blinky led going on and connect a jtag, but the feels are real. Perfectly shipped, tracked and looks fine. Thanks guys

Hope you hear more from me.

Good to hear that you have gotten your boards.

I will be working on alternatives to using the FTDI breakout for the programming. One method that I have started working on is using an embedded SBC (PocketBeagle) to program the LoFive.

Here is an Adafruit tutorial the show how to use OpenOCD with RasPI if you are feeling adventurous: 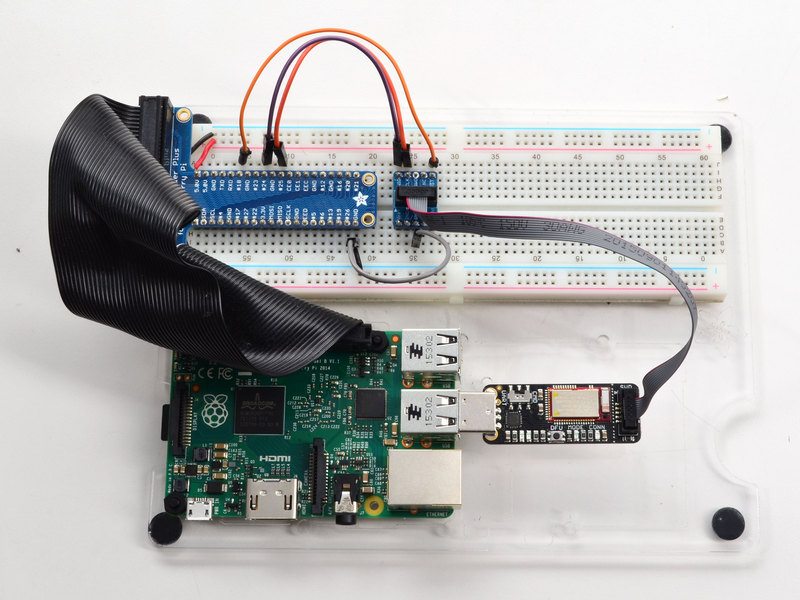 OpenOCD is great because its cross platform, open source, and has support for a vast number of chips & programmers. You can use OpenOCD with dongle-programmers such as J-Link and ST-Link or even an FTDI chip. But, if you have a spare Raspberry Pi...

Let me know if what you end up using and ping the forum if you get stuck.

Yeah, the shipping to Russia was about $60 if I recall. I ordered five boards, plus the FTDI breakout.

I got two SMS from Russian customs yesterday morning (36 hours ago), the first saying the package had entered customs, and the second about five minutes later saying customs processing was complete.

Thank you, ill take a look at that tutorial, I do have multiple raspberryPis laying arround I could attempt this with. (Have a cheap (chinese) Altera jtag and a (hackaday) buspirate aswell, but obviously everyone should choose the laziest hacker route.) needs a configuration file and stuff, I can do this.

I ordered five boards, plus the FTDI breakout.

Thats a whole lot more than I could afford, but it lowered the per item based shipping, smart

I dont know Rusian shipping standards or your location, but usps seemed to be quick enough, regular speeds compared to orders from either the US or China (no holidays or customs that want to get money)

I think that either of the Altera USB-blaster knockoff or Buspirate should work. You will need to configure and compile the OpenOCD with support for the device you want to try. Then update the OpenOCD configuration file.

This file has been truncated. show original

If you document the procedure that works for you I can post it to the LoFive wiki.

I think it will be a very easy sell for HiFive Unleashed, when I can get my hands on some of those!!

I posted a few of these to Tindie and GroupGets put a few on their store for anyone that missed the campaign. 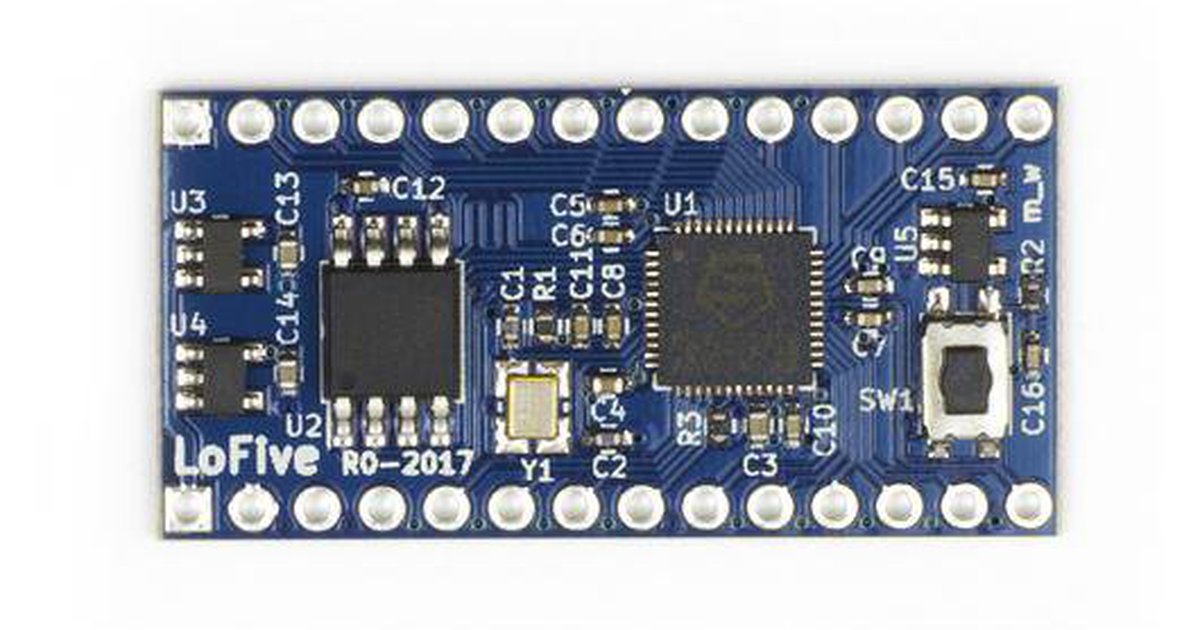 LoFive is a lightweight SiFive Freedom E310 open source SoC evaluation kit. The E310 uses the Free and Open RISC-V Instruction Set Architecture developed by UC Berkeley and supported by the RISC-V Foundation. The board was designed by Michael...

Another campaign round has opened for the LoFive for interested parties: